Don’t Be A Cyberstalking Victim 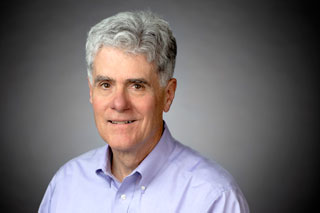 You might think cyberstalking is uncommon but reading through the Department of Justice Computer Crimes press releases shows eight cases in November and October alone. These are Federal law enforcement cases! It’s more common than you think. If you use a computer to harass someone via interstate communication, you may hear from the FBI. Cyberstalking carries a maximum sentence of five years. This blog post highlights what happened to the victims in those recent cases and how you can avoid being a victim yourself. The incidents I am describing come directly from the FBI files, with names removed. I’ll start with my own stalking experience.

A few years ago, I was stalked while driving out of a residential neighborhood near Nashville. Stalking is a very uncomfortable experience, even if no physical harm is done and no property is taken. The sand colored Hummer followed my every turn toward a highway. Then it made the same left turn onto the highway. By then, I was getting suspicious. I slowed down; it slowed down. At the light, I saw it had a gun rack in the back. Finally, I decided to head to a local YMCA where I was a member. I also knew that the police station was next door. I called the police and moments later they came up to my car. Hearing “Oh yes, that guy is a little crazy, but he is harmless” didn’t reassure me that much. I thought I would go into the Y; surely my harasser wouldn’t also be a member. To my surprise, I saw him touring the facility while I was on the Stairmaster. He had requested a prospective member tour! Finally, he left the facility and I breathed a sigh of relief when I saw the Hummer pull out of the parking lot. A cyber stalker can be annoying, like this, or can cause real emotional damage.

The first FBI reported incident involved a guest staying at Airbnb. It reminded me of the movie Psycho. Airbnb—just now going public in an IPO—says it checks the background of hosts. The host in this case was a mom living with her adult son. The son had a criminal record, including stalking. He placed a cell phone in the bathroom and recorded the female victim’s actions. Subsequently these videos were sent to her, over a period of six months, with threatening and harassing messages via Facebook Messenger. Cell phones make us all potential victims of random stalkers. Remote control apps are available to turn a phone into a video or audio bugging device. There’s no easy fix for this type of attack, other than being vigilant.

The second case I looked at went on for years. It started with physical stalking and included a brief romance. It included harassing text messages, emails, death threats, fake messages purporting to be from the local police, process servers. After four years the stalker was jailed, for two years. There are quite a few of these “jilted lover” cases. How to handle a matter like this? You can get a protective order but how to protect yourself in cyberspace? For one thing, you should not feel you are at fault in bringing this to attention of law enforcement. See below for more ideas.

Most of the cyberstalking incidents involve male perpetrators. But in one Florida case a female was the stalker. Over a period of years, she stalked her friends and business associates setting up 369 Instagram accounts and 18 email addresses for that purpose. She was sentenced to 57 months.

What should you do to reduce the chance of being cyberstalked? First, use common sense in connecting with people you don’t know over the Internet. Second, make sure your online accounts are as secure as you want them to be. For Facebook, go to Account Settings/Privacy and Security. For LinkedIn--Settings & Privacy. For Instagram to go Settings. For TikTok…well, don’t use TikTok. In all cases make sure you do not reuse passwords and don’t share passwords with anyone. The latter is just plain good security practice.

What if you are being cyberstalked? For an answer to this question I went to Quinnipiac Law School Professor Joseph Carvalko, Jr. His response:

Cyberstalking often precedes the physical act of stalking. Many people are probably unaware that stalking is a felony under Federal statute, 18 U.S. Code § 2261A. Cyberstalking, specifically covered under Federal statute 18 U.S.C. 875(c), makes it a crime to transmit any communication attempting to extort something of value, while threatening to ruin someone’s reputation. It includes threats transmitted via the telephone, e-mail, or the Internet. All 50 states and the District of Columbia have enacted various combinations of stalking, cyberstalking, cyberbulling or cyberharrassment.

In most instances, physical harm does not have to be perpetrated but only that there is an attempt to cause a substantial emotional distress to a person on the receiving end of an electronic communication. Keep in mind that federal law and state law violations may be committed at the same time. State law would apply, both as it exists where the violator is sending the transmission, as well as the state in which his or her victim is receiving the communique.

If you are a victim of cyberstalking related crime, attempt to document the circumstances by keeping a record, handwritten, electronic and images if possible. This evidence will be helpful to law enforcement in their investigation and prosecution. As you gather the evidence, notify local police, as well as the state’s bureau of investigation and the federal bureau of investigation to ensure all law enforcement power is brought to bear. In notifying the police, keep a record of whom you speak to and obtain case numbers, and remember to follow up.

The only thing I can add to this is to act, not wait, if you think you are a victim. Analysis of the case records show that people often do nothing; the problem does not go away. Unfortunately, stalkers are persistent, if nothing else.

Discover Quinnipiac University’s MS in Cybersecurity program as a stepping-stone into the industry or to advance your cybersecurity career.

How to Avoid Being Scammed by Fake Web Pages